Ready or not, holiday shopping season is upon us! The Butler Children’s Literature Center has your back. In a season overcome with ill-fitting sweaters and batteries-not-included gadgets, books make the perfect gift. These titles promise afternoons full of cozy, fireplace-adjacent escape, and there’s absolutely no assembly required.

Let’s start with some picture books: 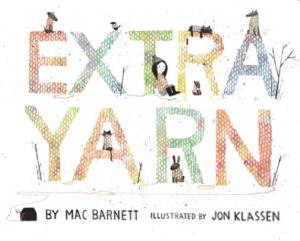 A young girl discovers a mysterious box full of a seemingly inextinguishable volume of yarm. She knits sweaters for all of the people in her coastal village, and, with yarn to spare, knits sweaters for the buildings, the trees, and everything else stationary. An evil Archduke absconds with the magical box, but the truth will out. Barnett crafts his story with care, paying special attention to the ace with which it unfolds, and Klassen yarn-bombs the entire outing with an irresistibly cozy charm. Warm, sweet and lovely. 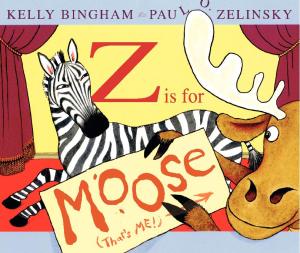 Z is for Moose

Zebra is staging an alphabet book and is busy corralling a cast of characters to represent the different letters. When Moose’s letter is up and Mouse takes his place, bedlam ensues, with hysterical chaos leading to a heart-warming finish. Look for the (many, many) little alphabetical details happening off stage that only add to the boisterous clamor. Hilarious, irreverent and satisfying. 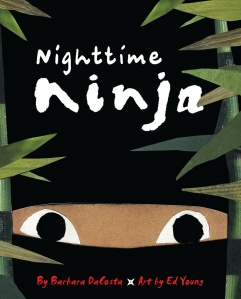 A stealth ninja sneaks through a house at midnight in pursuit of treasure of inestimable value. Just as the prize is in his grasp, his mother flips on the lights, seizes the ice-cream and sends him back to bed. With tight formatting, sinuous prose, and a masterful match of words and pictures, this one will be requested again and again. Gorgeous, funny and irresistible.