The Hoot: News from the Butler Children’s Literature Center

Hello and belated Happy NEW Year from the Butler Center! It’s a new semester (Spring, though you can’t tell by the weather!), we have a new Curator, and there’s a flurry of new books on our shelves.

Late last year we bid farewell to the brilliant and talented Diane Foote, former Curator, as she moved into her new role as Executive Director of the Illinois Library Association. Her passion and dedication have left an indelible mark on the Butler Children’s Literature Center and will undoubtedly continue to inspire what we do here. Best of luck, Diane, Illinois libraries are lucky to have you! 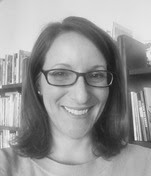 Early this year, Jennifer Clemons was named as the new Curator of the Butler Children’s Literature Center. Jen has worked in libraries since 2011 when she earned her MLIS from Dominican University’s SOIS (GSLIS) program. Since then she has worked here at Dominican supporting Continuing Education for librarians, in the Oak Park Public Library Children’s Services Department, the Kraft Foods Knowledge Management Center, and in building a personal collection for her most discerning patron—her preschooler!

Butler Book Banter (B3) is back!

Please join us on Wednesday, February 21st for an “I Heart Butler” B3. Meet and greet our new curator, discuss some LOVELY new books, and tell us what you LOVE about the Butler Center events past and present! As always, we’ll be ready with snacks at 5:30 p.m.

And mark your calendars for upcoming B3 events:

Join us Wednesday, March 14, when we host Andrea Davis Pinkney for Behold the Road! The Writer’s Passage, the Reader’s Journey.

Andrea Davis Pinkney is a children’s book editor and New York Times-bestselling author with a number of award-winning books to her name, including Hand in Hand: Ten Black Men Who Changed America (2012) for which she received the Coretta Scott King Author Award; picture-book biographies of major figures such as Duke Ellington (1998), Ella Fitzgerald (2002), and Alvin Ailey (1995); and Sit-In: How Four Friends Stood Up by Sitting Down (2010), which won the Anne Izard Storytellers’ Choice Award. Many of her books are illustrated by her husband Brian Pinkney, who is also an award-winning children’s book creator in his own right. Their newest book together, Martin Rising: Requiem for a King, features Andrea’s poetic requiem accompanied by Brian’s lyrical and colorful artwork, was released January 2018.