Curly Locks, the most disgustingly imaginative cook in Toadsuck Swamp, just hasn’t found the right audience for her culinary creations. When a group of spooky Scares (one larger than the last) make their way out of the swamp and into the mayor’s kitchen, the townsfolk are scared silly. Only Curly Locks knows what to do—cook for them! She whips up the best batch of Boo Stew east of the Mississippi and lures the Scares right back to the swamp with promises of feasts to come and satisfaction at finally finding those that appreciate her cooking.

In this twist on the Goldilocks tale, Washington’s background as a traditional storyteller shines through in the structure, repetition, and the Southern vernacular that bring the inhabitants of Toadsuck Swamp to vivid life. Her heroine breaks the mold of the most Goldilocks’, with a bolder personality, grand self-confidence, and belief in her ability to make a difference. The text is based on an oral telling from her 2006 recording Angels’ Laughter. Jeffrey Ebbeler has created a diverse cast of hilariously terrified townsfolk that help to highlight Curly Locks’ gumption and bravery, further setting her apart from the often insipid traditional Goldilocks. His sepia toned illustrations and shadowy, bear-like Scares lend a suitably spooky setting and some Southern gothic flare to this fine addition to both folktale and Halloween collections.

Join storytellers Janice Del Negro, Marie Ringenberg, and Janet Thompson for tea and tales in celebration of the contributions of Dr. Ellin Greene. 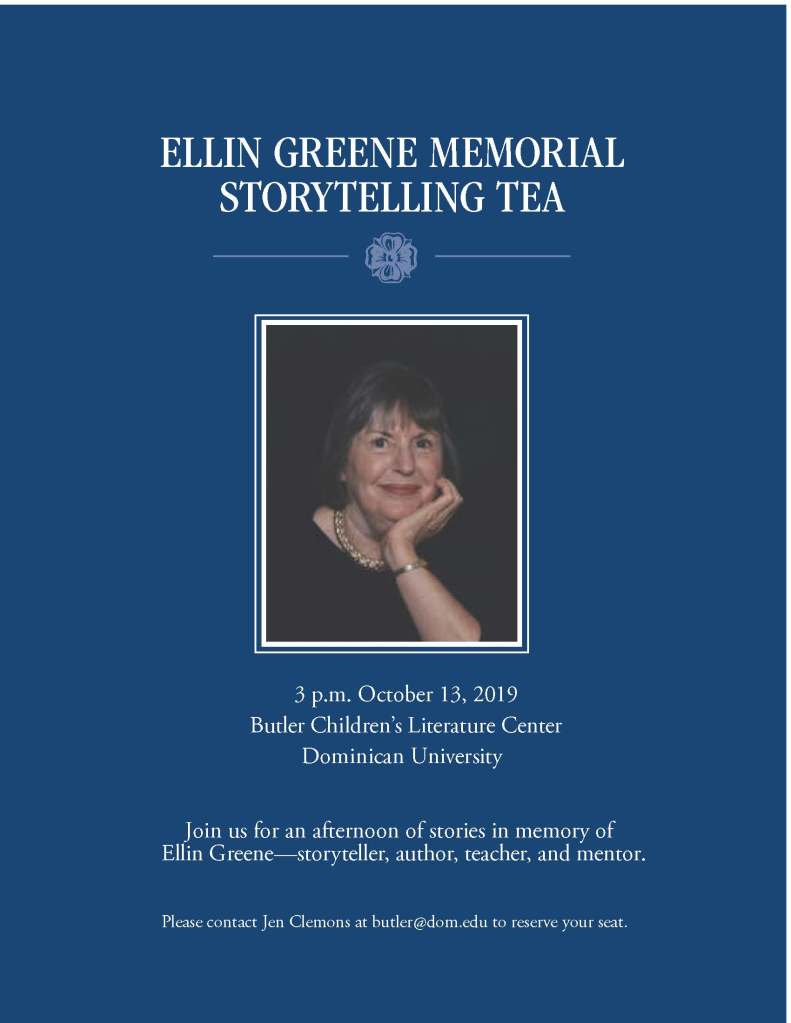