by Alena Rivers and Hal Patnott

The Butler Lecture 2017 will be held tomorrow, March 16th at 6pm. We are excited to welcome our featured lecturer, Holly Black, renowned children’s and teen author of many titles including, the Magisterium series, the Newbery Honor Book, Doll Bones, and The Coldest Girl in Coldtown. If you haven’t read anything by Holly Black, take a look at the ones we’ve highlighted below. 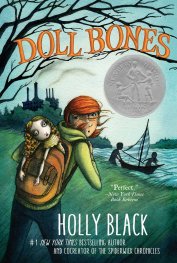 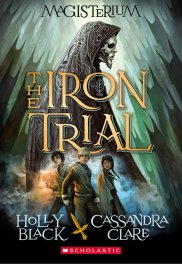 The Coldest Girl in Coldtown by Holly Black, Little, Brown (2014)

In this chilling twist on vampire romance, seventeen-year-old Tana wakes up after an all-night party to a house full of corpses. To protect herself and the ones she loves, Tana, her irritating but charming ex-boyfriend, and a mysterious vampire boy set off on a quest for the last place Tana ever wanted to go, Coldtown. Although many teens dream of an eternal youth in the high-luxury prison, Tana doesn’t thirst for a life of blood and murder. Teen Readers craving a high-action, suspenseful story with a powerful, female lead will devour The Coldest Girl in Coldtown.

Ever since they were young, Zach, Poppy and Alice have been playing an imaginary game filled with the adventures of mermaids, pirates and thieves who are ruled by a bone-china doll they call the Queen.The three friends are in middle school now and their enthusiasm for the game suddenly comes to a stop when Zach puts an end to the game without a convincing explanation. Meanwhile, Poppy has been having dreams of the doll Queen and the ghost of a young child whose grave is empty. Poppy is compelled to find the ghost’s grave where the doll can be buried in place of the missing child and she convinces Zach and Alice to join her on the quest. Adventure, secrets, and strange occurrences will engage middle school readers.

The Iron Trial by Holly Black and Cassandra Clare, Scholastic (2015).

In this Harry Potter meets Avatar the Last Airbender adventure, Callum Hunt dreads his first day at The Magisterium, a school for children with magical power. His attempts to flunk the entrance exam impress neither his future teachers nor his fellow classmates. Callum’s father warned him of the danger and certain death that awaits him at the school. However, unexpected friendships and mysteries to solve open Callum’s mind to a new world of enchantment and wonder. Perfect for the middle grade collection, The Iron Trial includes a diverse cast of characters and subverts tropes of fantasy.