The semester is coming to an end and so is the calendar year. We’ve read a lot of fascinating books from our 2016 collection and we are happy to present our 2016 End of the Year Selections. This list features Butler Center staff picks from 2016 that would work well for book clubs, gift choices, or personal reading, on a variety of topics. In keeping with our focus on ALSC’s core values (collaboration, excellence, inclusiveness, innovation, integrity and respect, leadership and responsiveness), we’ve intentionally chosen books that exemplify one or more of these values. These books were selected by Diane Foote, Butler Center Curator (informational books), Alena Rivers (picture books and children’s fiction), and Hal Patnott (children’s and teen fiction).

We hope you find something that inspires your reading choices over the coming weeks. 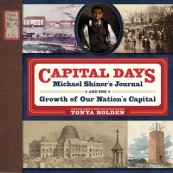 Capital Days: Michael Shiner’s Journal and the Growth of Our Nation’s Capital by Tonya Bolden (Abrams, 2016)

The nation’s capital is in the news these days, from the recent presidential election to nuanced issues about how to present (or not present) its history in literature for young people. Here is a factual, welcome volume based on primary source material from the journal of a man born enslaved, who lived through, observed, and wrote about happenings in Washington, DC from 1814 to 1869. Not least remarkable is Shiner’s literacy at a time when it was illegal for slaves to be taught how to read and write. (ALSC Core Values: Inclusiveness, Responsiveness) 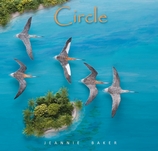 Intricately detailed collages bring to life the incredible journey of bar-tailed godwits, a type of shorebird that migrates immense distances. Along the way, various ecosystems are portrayed including the original beach, cities, woodlands, and parklands; subtle environmental messaging appears when a lone bottle mars an otherwise beautiful strand. The tactile look of the collages invite touch, especially on the downy godwit chicks in their nests. (ALSC Core Values: Excellence, Innovation, Inclusiveness)

Graphic novels are often a refuge for reluctant readers, and the best of them offer sophisticated story arcs, fast-paced action, engaging dialogue, and visual elements that help tie these elements together. Now, fans have a compelling reason to dive into informational books: In their own words, graphic novel creators including Kazu Kibuishi, Hope Larson, Gene Luen Yang, and ten more reveal thoughts on their own art and lives, along with an original short graphic piece to keep the visual interest up. (ALSC Core Values: Collaboration, Inclusiveness)

At first glance, Basquiat’s energetic, colorful creations seem childlike with their unstructured composition and wild, bold strokes and splashes. Upon closer study they reveal layers of meaning and power that will resonate with young art lovers, along with the compelling story of young Basquiat’s life, put thoughtfully into context here for child readers. (ALSC Core Values: Excellence, Inclusiveness)

We Will Not Be Silent: The White Rose Student Resistance Movement That Defied Adolph Hitler by Russell Freedman (Clarion, 2016)

Who better than Newbery and Sibert Medalist Freedman to help readers today understand the climate that first enabled Hitler’s rise to power, then the courage it took on the part of these young people to defy the Nazis? In his trademark factual, non-hyberbolic way, Freedman conveys the terror of these times but doesn’t allow current young readers to become overwhelmed by it. Source notes, an index, clearly captioned archival photos, and picture credits complete the package and make this an example of the very best in nonfiction, for any age. (ALSC Core Values: Leadership, Integrity and Respect)

Vietnam: A History of the War by Russell Freedman (Holiday, 2016)

What’s better than one book by Russell Freedman? Two books by Russell Freedman! The Vietnam War marked a turning point in American history; the intertwining issues of domestic policy, foreign policy, geopolitics, and American culture including the maturing antiwar movement, are all effectively addressed here, again, fully supported by clearly captioned and credited photos along with backmatter including a time line, source notes, a glossary, and an index. Now that “fake news” is having an impact on our national discourse, Freedman’s approach is more welcome, and more necessary, than ever. (ALSC Core Values: Inclusiveness, Excellence, Integrity and Respect)

A group of insects ponders the presence of an unknown plant that continues to grow in front of their home log. An invented language advances the story as readers use context clues from the illustrations to decipher the insects’ conversation. Young children will be enthralled by watching the small yet meaningful changes unfold in the intricately drawn images that carry from page to page in a muted, earth-tone color palette. The insects’ invented argot risks being perceived as “pidgin,” and may distract rather than appeal, but it does present an opportunity for discussions about language and fluency with both children and adults. (ALSC Core Value: Innovation)

A young girl who loves to draw shares her art with members of her community. She is invited by a muralist to join him in creating a vibrant colored mural on a building in their otherwise gray neighborhood. They are soon joined by their neighbors whose enthusiasm for the project ignites a block party filled with music, dancing and painting the walls, sidewalks, benches and utility boxes. The lively text is complemented by colorful illustrations. Inspired by a true story, Maybe Something Beautiful is a reminder that everyone’s efforts can impact change and that art is a powerful tool for transformation.(ALSC Core Values: Collaboration, Leadership, Responsiveness)

As Brave As You by Jason Reynolds (Simon and Schuster/Atheneum, 2016)

Twelve-year-old Genie and his older brother Ernie spend a month with their grandparents in North Hill, Virginia while their parents spend time together sorting out their fading marriage. Genie struggles to adapt to an environment unlike his home in Brooklyn and make sense of the growing concerns he has for his parents’ marriage. Readers will laugh and empathize with this coming of age story as Genie deepens his understanding of himself, his family history and his role within the family. (ALSC Core Values: Integrity and Respect)

The Girl Who Drank the Moon by Kelly Barnhill (Alongquin, 2016)

Everyone knows a witch lives in the swamp, because every year the people of the Protectorate sacrifice their youngest child to keep peace with her. What they don’t know is how she transforms the lives of their abandoned children with starlight and magic. A book about the power of stories and the dangers of sorrow, The Girl Who Drank the Moon has enormous heart. (ALSC Core Values: Innovation, Excellence)

Samantha, or Snow as she becomes known, is sent away to school as a young girl by her cruel stepmother. While she is gone her father passes away and upon her return her own life is threatened by an assassin hired by her stepmother. Snow runs to safety and finds herself in an alley with a band of seven boys who protect her from the evils of their city and Snow’s stepmother. Set in 1928, New York City, Phelan has created an engaging retelling of a classic fairy tale in a graphic novel format. (ALSC Core Value: Innovation)

If I Was Your Girl by Meredith Russo (Macmillan/Flatiron, 2016)

Amanda moves in with her father after her transition for a fresh start and to escape the prejudice in her old town. She wants to fit in at her new school, but she has to decide how much of her past to share with her friends and the boy she is starting to fall in love with. An important book from an authentic voice, Amanda’s story is both heartbreaking and hopeful. (ALSC Core Value: Integrity and Respect)

Montgomery Sole, a girl with a passion for the unexplained, discovers a dark and mysterious stone with the power to punish her enemies. When a new preacher, hell-bent on saving the “American Family” from “sinners” like her moms, moves to town, she must decide what it means to be a hero and whether to risk her friendships by wielding the stone’s dangerous power. This book has a strong theme of overcoming prejudice and taking the high road.  (ALSC Core Values: Leadership, Responsiveness)

One thought on “2016 End of the Year Selections”